For me, there’s probably nothing more satisfyingly escapist than reading a Haruki Murakami novel alone in a secluded room. Millions of Japanese youth would probably agree. As one of Japan’s—and perhaps the world’s—most renowned contemporary writers, Murakami crafts stories that paint the mundane with a beautiful melancholy and leave readers with hints of loneliness and longing. His characters are oftentimes introverted loners who struggle with their normalcy in slightly abnormal ways. Allusions to Western literature and music—Kafka, John Coltrane, Janáček’s Sinfonietta—litter his works and imbue them with a slightly inflated, but aesthetically necessary, flair of cultural sophistication. For the past three decades, Murakami has served up slices of life to a willing fanbase (I am a guilty member), hungry for more material that spins their otherwise colorless existences into something colorful.

Even though I’ve been reading Murakami for a while now, I only recently finished Norwegian Wood, his 1987 breakthrough novel (its title refers to the eponymous Beatles song). Set in the 1960s, Norwegian Wood emerges through the reminisces of Toru Watanabe, an introverted and bookish college student in Tokyo. Toru offers a nostalgic reflection on loss, youth, and sexual discovery primarily through his experiences with two girls: Naoko and Midori.

Naoko is the former girlfriend of Kizuki, Toru’s best friend in high school, who killed himself at age 17. Kizuki’s death upset the fragile emotional balance in Naoko’s mind, and through most of the novel she resides in a sanatorium in the mountains near Kyoto. Midori is Naoko’s foil. A classmate of Toru’s, she comes from a difficult family context yet manages to project adventurous spunk, inviting Toru to porn theaters and inquiring about the masturbatory proclivities of the males in Toru’s dorm. In Norwegian Wood, Toru must juggle his relationships with the two, and through that process grapple with the past, present, and future.

Admittedly, this plot is not particularly complex. Stripped down to its base elements, Norwegian Wood would probably be a slightly dry novel about broken people trying to figure out everyday things that everyone has to struggle with. However, Murakami applies layer upon layer of his classic stylistic lacquer, and that makes the novel come to life. Details give meaning to the mundane, imagery provides color to a world of gray, and Norwegian Wood stays in its readers hearts.

But isn’t this supposed to be a movie review? Why did we just spend a couple hundred words talking about Norwegian Wood, the novel, and not Norwegian Wood, the movie? There are two related reasons: my personal biases, and the fact that Murakami novels are just nastily difficult to adapt to film.

I chose to watch French-Vietnamese director Tran Anh Hung’s 2010 film adaptation of Norwegian Wood the night after I finished the novel. Naturally, this heavily colored my perceptions; it was impossible not to compare the film with it. However, I don’t think this bias is necessarily bad. Because Murakami is so idiosyncratic of a writer, any film based on one of his works, especially a novel, will inevitably, and justifiably, invite comparisons.

By nature, Murakami works are astoundingly difficult to put in movie form. First person narration, heavy introspection, massive amounts of detail extracted from quotidian existence—all of that doesn’t lend itself well to a two-hour movie. Part of judging a Murakami-based film, then, is identifying how it grapples with these issues. In this regard, Tran gave himself a challenging assignment, and he pulled it off with acceptable, though not perfect, results.

The 2010 film has strengths in two areas in which novels, as a medium, have natural disadvantages: imagery and sound. In comparison to the novel, Tran’s film does a somewhat better job of subtly depicting the 60s era student movement happening in the story’s background, sprinkling in familiar images of helmeted protestors at relevant moments. Generally, shots are well-constructed, and the thematically significant forest scenes exude all the cold, placid beauty that they require. The score, put together by Radiohead guitarist Johnny Greenwood, is appropriately haunting and sets an underlying emotional tone perfect for the plot. In these areas, the film creates the same feelings that the novel’s most touching passages evoke.

Acting and casting-wise, Tran did an admirable but incomplete job of portraying the novel’s characters; film’s inherent constraints left a lot of character development out. Tran doesn’t give us many surprises nor deviations when depicting Toru (Kenichi Matsuyama), Naoko (Rinko Kikuchi), and Midori (Kiko Mizuhara), but secondary characters and small yet important moments oftentimes get neglected. For instance, the film glosses over the backstory of Naoko’s sanatorium roommate Reiko (Reika Kirishima), even though she and her flaws climb to importance near the novel and film’s ends.

Leaving things out is, unsurprisingly, the film’s most glaring deficiency. Scenes sometimes change too rapidly, characters die even more abruptly than they did in the novel, and altogether the film felt like a SparkNoted version of the novel. With that said, it was an excellently SparkNoted version at that: Tran did manage to include the most important scenes and string together a highly faithful rendition of the plot and dialog. However, reading SparkNotes gives you a summary at best, and leaves you with a taste, rather than a visceral understanding of, the meaning a work attempts to convey.

This is why I spent so much time talking about the novel before the movie. Tran’s attempt was not bad at all: but from it I get the feeling that it’s impossible to appropriately capture a Murakami novel on film. Any movie with all the detail and meaning Murakami writes would probably be so long that it’d end up dull and meaningless. Tran’s film certainly provided a measure of classic Murakami escapism, but its format will only allow us to run so far.

With all that said, I’d still say Norwegian Wood, the movie, is worth a watch as long as you do so right after, or before, reading the novel. It’s an excellent complement; even if you end up comparing the two, doing so forces you to think more deeply about the overall narrative. In isolation, the Norwegian Wood movie is not as meaningful and, though it is still touching, may feel incomplete. But on the other hand, perhaps incompleteness has meaning in itself. 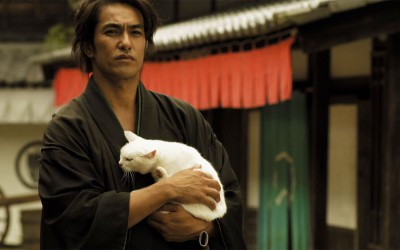 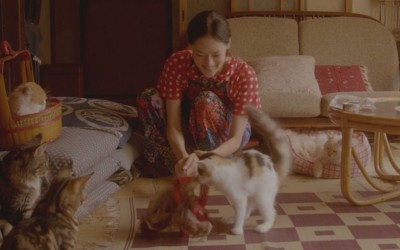 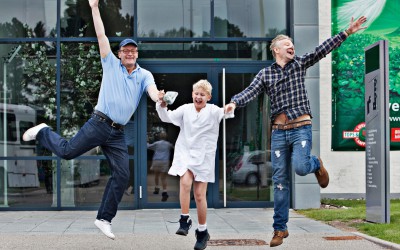