As a perennial reviewer of dark and depressing films, I don’t watch too many romantic comedies. I have, however, watched My Sassy Girl–which is a testament to that film’s popularity. Released in 2001, this South Korean rom-com took Asia by storm. Its rambunctious female lead, combined with an adventurous and touching plot, won not only hearts and minds, but also box office success. The film has become a cultural icon, a generational touchstone moment in the adolescences of tens of millions throughout East and Southeast Asia.

Now, 15 years later, Asia’s most beloved rom-com has an official sequel: My New Sassy Girl. A co-production between South Korea and China, My New Sassy Girl brings back male lead Cha Tae-hyun (now 40 years old!) and pairs him up with a new sassy girl played by Victoria Song, otherwise known as the Chinese member of hit K-pop girl group f(x).

So how does this sequel measure up?

Not too well, unfortunately. For one, there’s little plot continuity between the old and new Sassy Girls. All we observe is that, for some reason, the original sassy girl has suddenly decided to become a nun, clearing the way for a new one to parachute in.

Our new sassy girl is also not that “new”. Taking a page from the Chinese rom-com/tragi-romance trope book (see: My Old Classmate, But Always), Victoria Song’s character is actually a childhood love interest who suddenly reappears in our male lead’s life. Maybe it’s because the average sassy-ness of female leads in Chinese rom-coms has increased since 2001, but our new sassy girl doesn’t really seem that sassy either–she’d be more aptly described as “my clingy girl”. Part of that is because Cha Tae-hyun’s character spends very little effort to win her affection. The plot progresses as such: Cha Tae-hyun is sad at being single, Victoria Song magically pops in, they immediately get married, and… wait…what? Where’s the struggle?

Frankly, the only tension in the movie comes from two sources: the male lead’s insecurities and a half-hearted quasi-love triangle (in which nothing serious even happens) involving a Japanese coworker as the third leg. Neither of these are particularly emotive or compelling. Even attempts to pay homage to the original movie fall flat. Back in 2001, the original sassy girl was an aspiring screenwriter, so she made Cha Tae-hyun’s character act out a series of potential movie scenes to comedic effect. My New Sassy Girl tries to replicate this–but even through Victoria Song’s character is supposed to be an aspiring actress, all we see are ridiculous role-play sessions that don’t advance the plot (though  I have to admit there’s a single bright spot in their surprisingly faithful role-play of Wong Kar-wai’s In the Mood for Love).

Overall, My New Sassy Girl feels less like a sequel than an unfaithful remake of the original with Chinese characteristics. Instead of being novel and evocative, it’s uninspiring–an amalgamation of various Chinese rom-com tropes with a Korean brand name slapped on top. Admittedly, some of those cliches probably became popular only because the original My Sassy Girl helped pioneer them. However, instead of innovating further, My New Sassy Girl seems to just have focused on milking as much money as possible from Chinese people’s youthful nostalgia. But even that isn’t working so well–the movie came in a disappointing fourth at the Chinese box office in the week after its release on April 22, 2016. Sorry, My New Sassy Girl, but I guess you should’ve tried harder to win the hearts of today’s audiences! 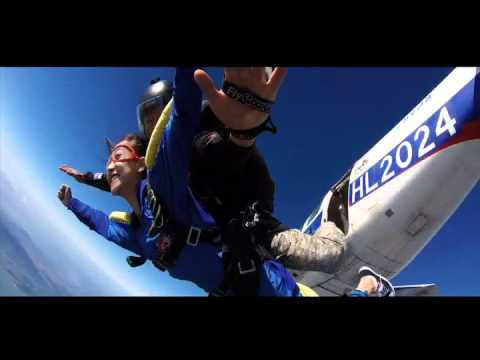