Russian filmmaker Vitaly Manskiy's Under the Sun is perhaps the most philosophical and artistic documentary I've seen about North Korea. 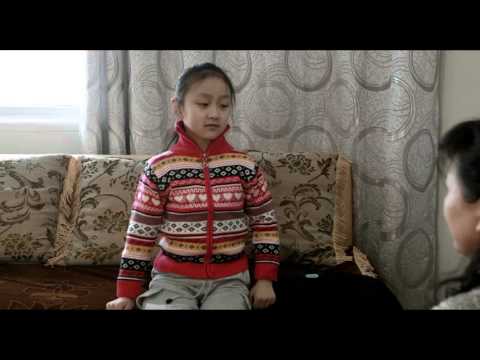 Russian filmmaker Vitaly Manskiy’s Under the Sun is perhaps the most philosophical and artistic documentary I’ve seen about North Korea. I’ve watched quite a few of these documentaries — and almost all of them either extended travelogues (ex. Vice’s guides to North Korea) or deep portraits of intriguing characters (Dennis Rodman’s Big Bang in Pyongyang, A State of Mind). Under the Sun is neither: it’s an unintended, unfiltered behind-the-scenes look at the making of a North Korean propaganda film.

Initially, Under the Sun started off as a regular co-production. After two years of negotiations, Manskiy and the North Korean Ministry of Culture decided upon a script about an eight year-old girl named Zin-mi who is preparing to join the Korean Children’s Union on the Day of the Shining Star (Kim Jong-il’s birthday). However, once Manskiy got to North Korea, he realized that the North Koreans wanted to simply use him to help make a propaganda film and wouldn’t grant him any creative freedom. Unable to go anywhere alone or even speak directly to the film’s characters, he changed the film’s concept.

The script stayed the same, but what and how Manskiy and his small crew filmed became different; Zin-mi’s journey towards the Children’s Union became a film within a film. Instead of switching the camera off after each take, Manskiy kept shooting, capturing how his North Korean minders staged and rearranged the production to their liking. Rather than using the medium shots that commonly appear in feature films, Under the Sun relies heavily on an alternating mix of close-ups and wide shots that respectively channel deep emotion and utter desolation. There’s no background music, no narration. What results is a meditative piece that, to me, delivers two main intellectual merits.

First, Under the Sun offers a silent yet highly visceral commentary about the Orwellian nature of North Korean society. Many other documentaries explore the same subject, but often end up being too preachy or sensational. Without a narrator’s editorializing voice, Under the Sun leaves the ultimate conclusion up to viewers but certainly influences the decision with what it chooses to include. One part of the documentary juxtaposes two takes of the same scene from its film-within-a-film. In take one, a seamstress gushes that her factory exceeded their quota by 150%; by the next, they’ve exceed it by 200%. Truth, it seems, is subjective. This is a world that might really believe that “we’ve always been at war with Eastasia” or that 2+2=5.

Second, Under the Sun is a highly instructive piece about the art of filmmaking. Namely, it’s a great way to learn about how a movie is much more than just a script. Manskiy couldn’t change who his characters were, what they said, or where they chose to work and live. However, he had control over everything else — editing, composition, shot sizes, sound — and that was enough to completely transform the nature of the film. I could imagine a Film 101 course dissecting each aspect of Under the Sun to break down their impacts. What does the lack of non-diegetic sound achieve? How about the cuts away from the scripted scene to the empty hallways and plazas outside?

Though philosophical and artistic, Under the Sun is not esoteric. It’s a movie that educates using the silent but universal language of feeling. What’s quite powerful — and unique — about the film is how it creates an ambience that affects and then stays with you, and does so not with words but rather actions.

Support Cinema Escapist and the filmmakers by purchasing this film on Amazon using our affiliate link. Thank you for your support!