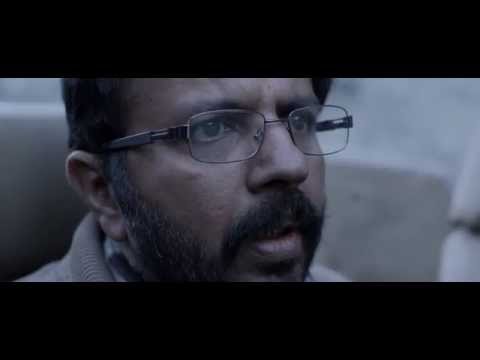 A man stands on a snowy ridge, back to the audience. Before him lies a steep mountainside, shrouded in a blue mist of snow flurries and twilight. As he contemplates this view, the soft laughter of a woman rings in the distance, enticing him to turn his head in a futile search for its source. Such is the opening of director Sanal Kumar Sasidharan‘s Six Feet High — a 2014 indie flick whose visually compelling alpine scenery and meditative story belie its South Indian origins.

The first Malayalam language (spoken in southern India, particularly the state of Kerala) feature film ever produced with the help of crowdfunding, Six Feet High is yet another budding reminder of the existence and diversity of contemporary Indian independent cinema. It also represents Sasidharan’s debut as a feature-length director. A poet and former lawyer from the city of Thiruvananthapuram (the capital of Kerala), he had only made three shorts before.

In the most basic terms, Six Feet High begins at the end of a love story — albeit a highly complex, abnormal one. Mahendran and Maya (played by renowned poet and activist Meena Kandasamy) have been flatmates in Thiruvananthapuram for past few years. They also happen to be in an open relationship, something you don’t see particularly often in Indian cinema. One day as they’re driving together in their shared car, an already loose emotional screw slips loose and they decide to break up. Maya takes the car, and Mahendran is left alone in the apartment.

Mahendran uses alcohol and one-night stands to cope with his newfound solitude. He’s trying to forget Maya and, just as he deletes her from his contacts while out drinking one night, she unexpectedly calls him from the Himalayas. Their conversation rekindles a sense of mutual longing — but midway through, Mahendran’s phone runs out of battery. When he manages to recharge it the next morning, Maya’s number is unreachable. Turning on the TV, he realizes why: India’s Himalayan regions have just been hit by a massive flood.

The movie then shifts from seaside to mountainside as Mahendran leaves coastal Kerala in search of Maya. He borrows a jeep and drives to the state of Uttarakhand, where Maya’s last call came from. This is where most of the film takes place, amidst alpine forests and brisk river valleys in the Himalayan foothills. Mahendran embarks on what feels like a spiritual journey; besides Maya, it always feels like he’s looking for something more, though we’re never sure exactly what.

With his rickety jeep, Mahendran meanders through the mountains as if he was a river himself, washing away hidden insights as he flows onwards. In one particularly compelling scene, he gives a ride to a camera-wielding man whose home was inundated during the construction of Uttarakhand’s Tehri Dam (the tallest in India). Overcome by emotion when the jeep passes by the site of his former house, the man jumps out and begins scratching a slogan from prominent environmental activist Sunderlal Bahuguna on the half-flooded walls. Mahendran looks on, perhaps wondering what other mysteries the mountains might hold.

Though there are fleeting moments like this of societal insight, Six Feet High is ultimately a journey of self-discovery, one whose cinematography and setting create an earthy, meditative mood. But if you’re looking for a deep dive into social constructs, there’s Sasidharan’s second feature, An Off-Day Game. 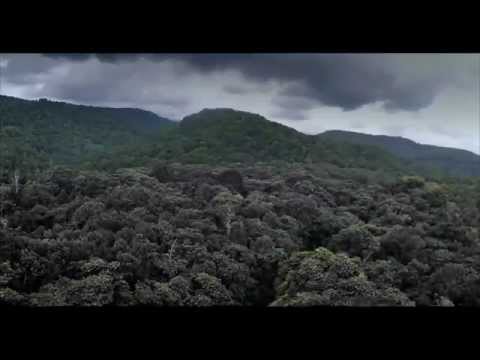 Despite the fact that An Off-Day Game and Six Feet High both come from the same director and have an indie feel, they are highly distinct films. While the latter documents a wandering journey across vast alpine landscapes, the former is far more static — claustrophobic, even.

Set on Kerala’s Election Day, An Off-Day Game tells the story of five middle-aged friends who decide to celebrate the occasion by drinking together in an isolated house deep in the humid forest. As with probably all movies set in an isolated house deep in a forest, the celebration doesn’t last forever. However, the film gets off to an exceptionally slow start, compounded by intentionally obdurate cinematography that frames the characters at an agonizing distance. The dialog is mundane, the lackadaisical air almost stifling. You’re reminded that this really is an art house film.

Little by little, like a soft, intermittent drizzle that precedes a violent storm, events begin to pick up, though ever-so-slowly. As alcohol flows and election coverage drones silently in the background, the five men begin making comments that forebodingly prod at your slumbering brain. They begin hinting at the issue of rape, their eyes set on the lady who they’ve hired to cook for them (fortunately, she leaves before anything happens). A passing comment about Indira Gandhi’s 21-month State of Emergency foreshadows underlying political tensions amongst the group.

Soon, a literal downpour begins outside, signaling a new stage in the story. Whereas before the threats and tensions were oblique and sparse, and the film as a whole still plodding along like a sloth, a Cambrian dramatic explosion occurs in the last half hour of the film as latent pressures silently — but disastrously — implode when the five men decide to play a children’s game that lends the film its title. Class, caste, skin color: suddenly sharp distinctions and social commentaries emerge from the forest into the blinding light.

What’s remarkable, and not immediately visible, is that the entire last 53 minutes of An Off-Day Game are filmed in a long, single continuous take. If that’s not enough, the film’s dialog is completely improvised, its actors all from a theatrical background. With the claustrophobic setting, long setup towards an explosive end, and not-so-fun games — it really does seem like a play, perhaps a more masculine, Indian homage to Who’s Afraid of Virginia Woolf.

While it may not entertain mass audiences (as is generally the case with art house), Sasidharan’s artistry in An Off-Day Game exists at a level rarely seen in Indian cinema. There’s a highly local story told with the techniques of world-class filmmaking — something unexpected, something worth learning from.

Interested in watching Six Feet High and An Off Day Game? They’re both available for streaming on MovieSaints. On MovieSaints, you can explore movies from around the world. Find something else interesting? Try it out and only pay full price if you like the movie.