One of Taiwan's best films of 2017 is getting a North America release. 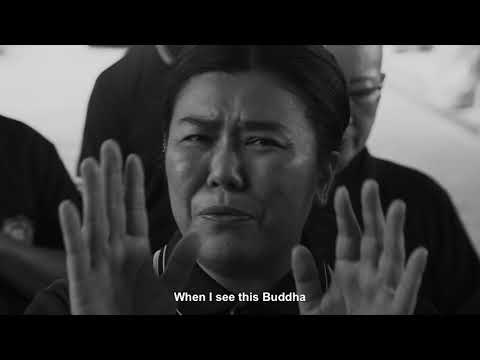 As director Huang Hsin-yao narrates, dashcams are “a miracle of modern science, the mini-camera that defines this era”. Why? Because “where there are images, there is truth.” In multiple senses, this commentary encapsulates the essence The Great Buddha+ — one of Taiwan’s best films from 2017.

Huang is no stranger to pursuing truth. His previous films are documentaries, in which he deploys deadpan narration to explore socially significant issues like climate change. The Great Buddha+ borrows from this style as it weaves a bleak but gripping tale that starts with two middle-aged losers.

While the dashcam footage Pickle and Belly Button uncover represents a literal source of truth onscreen, The Great Buddha+ itself illuminates a broader “truth” — that of Taiwanese society.

In an interview with the South China Morning Post, Huang mentioned how events like 2014’s Sunflower Movement influenced his screenwriting process. Such movements represented a cry from Taiwanese who felt like they had no future, but Huang thought one step further — what about those “who are so oppressed by their livelihood that they can’t afford to think about the future”?

Pickle and Belly Button embody these people. They always live in the present — even when Pickle dares to dream about being rich like Kevin, Belly Button smacks him down. “Forget it — rich people either cheat or have a good background. What do you have in your background?”

Dashcam footage allows Pickle and Belly Button to access an otherwise inaccessible life. While they live in shades of gray, the dashcam’s world exists in color (literally: all the non-dashcam scenes are black and white).

The dashcam life, the life of the “haves”, certainly has its glories — in-car bowjobs, visits to expensive love hotels. However, as our pair of “have not” protagonists discover, it also involves more nefarious dealings that reveal the corrupt, hollow nature of those who hold money and power. As director Huang narrates: “your luck with dashcam footage is like Taiwan’s economy — there’s good times and bad. When it’s really bad, though you may watch till you drop, you’ll end up with nothing.”

Herein lies the nature of dashcam footage — people buy dashcams to record bad things, not good ones. So, then, what does it say when virtually everyone in Taiwan has a dashcam?

It’s brilliant how Huang chose to incorporate dashcams into The Great Buddha+. Not only do they raise intriguing questions about the nature of “truth”, but they are also a quintessential part of Taiwanese life. Dashcams have caught just about every accident big or small in recent Taiwanese memory — the crash of TransAsia GE325, Kaohsiung’s 2014 gas explosion, or even a landslide gone viral.

In the same SCMP interview, director Huang commented how he wanted to pick up the torch from New Wave Taiwanese Cinema and tell authentic stories sourced from his surroundings. I’d say he did an exceptional job.

Whether they represent a lack of social trust or satisfy a penchant for voyeurism, dashcams are only one part of the local Taiwanese experience that Huang weaves. Almost all of The Great Buddha+ is in Taiwanese, not Standard Mandarin. If you listen closely, the film makes at least one linguistic pun that only someone familiar with Taiwanese dialect and colloquialisms would understand.

When Pickle’s assigned to pick up a package at “Seven” (a English-transliterated colloquialism for 7-11), he instead goes to a store named 洗門, which is a rough Taiwanese homophone (the subtitles transliterate as “sāvon”). This pun has a long — but extremely subtle — setup that hints at the care that went into making the movie.

Those familiar with other (few) recent Taiwanese movies that offer downtrodden social critiques will also find The Great Buddha+ familiar. Leon Dai’s Cannot Live Without You comes to mind — not the least because Dai plays Kevin in The Great Buddha+ and both films are mostly black and white.

Yes, The Great Buddha+ is an art house film, but don’t let that deter you from watching. It’s only “art house” in the sense that great effort went into making the movie artistic, but not boring. The film’s plot also defies prediction, and creates a surprising degree of nuanced suspense.

Furthermore, I found The Great Buddha+ way funnier than expected. As long as you’re not the type of person who needs your humor prefaced with trigger warnings, you’ll probably find it funny too. Just like there’s multiple layers of meaning to the use of dashcams in the movie, there’s multiple layers of humor — ranging from jokes that make you think to jokes that require no thought at all.

Gripping, funny, and socially relevant — The Great Buddha+ is worth a watch if you have any interest in Taiwanese society or cinema.

The Great Buddha+ is screening across North America starting 26 January 2018, followed by a streaming release across various platforms including Amazon and iTunes. Click here for more details.