Review: How Did “The Shadow Play” Make It Past Chinese Censors?

Chinese director Lou Ye is no stranger to official scrutiny and controversy. His breakout film brought himself a two year ban from filmmaking (the film is still banned), and a controversial 2006 film set in the backdrop of the 1989 Tiananmen Square protests led to a five year ban (the film was screened at Cannes without permission). It’s no surprise then that his latest work, The Shadow Play (Chinese: 风中有朵雨做的云) also touches on controversial issues and received its own regulatory scrutiny that delayed the film’s debut by three years.

The Shadow Play is a neo-noir crime drama. Its plot revolves around a police investigation into the apparent suicide by jumping of Tang Yijie, the local urban redevelopment director. Jing Boran stars as Yang Jiadong, a young police officer assigned to the case. As Yang looks deeper into the characters involved, he discovers a web of corruption, conspiracy, and murder.

The plot summary alone would be enough to rile up contemporary Chinese censors. If that wasn’t enough, The Shadow Play’s opening scenes should do the trick: residents of a Guangzhou urban village wield metal pipes and riot against construction workers sent in to tear down their slum-like homes. In a China where high school romance dramas like Better Days, and ostensibly patriotic films like The Eight Hundred get censored, how in the world does a movie involving riots and corrupt officials make it through?

Perhaps one reason is that The Shadow Play is an incredibly good, edge-of-your-seat kind of movie. The core plot is incredibly well-written; the characters have deeply developed backstories that reveal themselves over the roughly two hour runtime.

Hints of foul play pop up early in The Shadow Play. Ah Yun, the CFO of the real estate company leading the redevelopment, comes up as an early suspect owing to a dark and blurry photo taken in the building from which Tang leapt. But, Ah Yun was missing and presumed dead since 2006.

Tang’s wife, Lin Hui, also pops up as another suspect. It turns out she had somewhat of an involved past with Jiang Zicheng, a mutual college classmate and former romantic flame. Jiang just so happens to be the CEO of the aforementioned real estate company. Things get weirdly sexual when Lin Hui sleeps with the much younger Yang; Lin Hui’s daughter Xiao Nuo (Ma Sichun) also initiates a more age-appropriate romantic interest.

If all of this seems confusing thus far, it’s meant to be. The Shadow Play is not a movie that you kick back and watch on Netflix at the end of a long day; it’s a film that requires involvement and thought on the part of the viewer, who must form their own hypothesis about “whodunit” and actively investigate alongside Yang. Some scenes hint at some suspects, only for a later scene to contradict those same suspects. And it seems no one is free of guilt: almost every character has skeletons in their closet.

This is actually what makes The Shadow Play such a good film. Every scene in The Shadow Play reveals new information or a plot twist. The film jumps between different locations in Guangzhou, Hong Kong, and Taiwan, as well as different time periods, requiring the viewer to form their own understanding of a complex story that spans well over a decade.

But, does the Party care about whether a movie is “good”? Or merely whether it promotes—rather than detracts from—“core socialist values”?

A Lesson for Party Cadres

The Shadow Play does have a redeeming quality: the plot ultimately resolves itself and the perpetrators of crime (whether corruption or murder) are brought to justice. The film even hints at the Party apprehending suspects in Hong Kong—an apt plot device given contemporary events in the autonomous territory. The Shadow Play reminds viewers that the reach of the Party is long in both geographic and temporal dimensions.

Perhaps it’s this and other lessons that swayed censors to let The Shadow Play see the light of day. Sure, residents may protest in the film, but officials actually come out to hear their grievances instead of suppressing them. Sure, the crimes of officials and businessmen may have been in the distant past, but closeted skeletons have a way of finding their way out. And whether Hong Kong has an extradition bill with the mainland or not, mainland authorities will still be able to apprehend criminals as if it was “one country,” “two systems” be damned.

We can only speculate the motivations of the mercurial State Administration for Radio Film and Television, the government organ that must approve every Chinese film for release. Earlier this year they banned Zhou Dongyu’s high school drama Better Days ostensibly because it dealt with the heavy themes of school bullying; one could argue that bribery, extramarital affairs, and murder are much heavier. And clearly whether a movie is “good” or not is not top of mind: past flops like Wolf Warrior or The Climbers were likely not only waved through but enthusiastically supported.

The mysteries of the Chinese Communist Party are likely more complex and difficult to figure out than the characters and plot of The Shadow Play. If you’re looking to spend two hours with a thought-provoking story, it’s probably best to ignore what the Communist Party is up to and watch this movie instead. 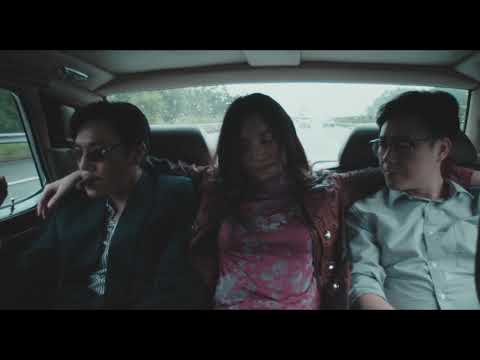 Review: "Have A Nice Day" is Chinese Animation With Western Characteristics

Review: Chinese Blockbuster "Us and Them" Will Make You Miss Your Ex

Review: "Have A Nice Day" is Chinese Animation With Western Characteristics

Review: Chinese Blockbuster "Us and Them" Will Make You Miss Your Ex