This iteration's deadline for competition entries is November 1, 2017.

In collaboration with Westworld star Leonardo Nam, HBO has announced a second iteration of its Asian Pacific American (APA) Visionaries Short Film competition and is currently soliciting entries. The competition, which aims to highlight works from filmmakers of Asian Pacific American descent, represents the network’s latest efforts in outreach to the US’s fastest-growing ethnic group.

“In these turbulent times, using cinema as a way to create and foster constructive dialogue is more important than ever,” said Nam, who has received critical acclaim for his role as lab technician Felix Lutz on Westworld. “The goal of this year’s competition is to highlight the range of experiences and points of view from within the Asian Pacific American community.”

Last year, the inaugural HBO Visionaries competition saw 350 submissions from across the United States. Its three winning shorts, which covered topics ranging from generational divides to gambling addiction, screened at the Los Angeles Asian Pacific Film Festival in May 2017 before premiering on the HBO network.

The deadline for this round’s entries is November 1, 2017. More information on prizes and entry guidelines is available at the competition’s web site. 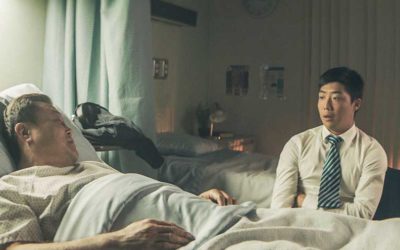